Vidyabharathi is today the largest non-Governmental educational organization in India. Vidyabharathi is the realization of a long cherished dream and desire of Indians to rectify the distortion which crept into our educational system beginning with the reformations implemented under the English Administration. The first Saraswathi sisu-vatika was launched at Gorakpur in 1952. Inspired by the successful Gorakpur experiment, several sisu-vatikas were started in different parts of Uthar Pradesh and the neighboring states. In 1997, Vidyabharathi Akhil Bharatheeya Siksha Samsthan was formed with registered office at Saraswathikunj, Nirala Nagar at Lucknow. Kerala State comes under its Dakshinkshetra managed by a secretary and with an executive commiittee.

The aim of Vidyabharahi is to evolve an alternate system of national education. The entire educational thinking is based on the Hindu philosophy of life. Vidyabharathi has developed its own teaching and learning methodology on the basis of Bharatheeya psychology. Special training programmes for teachers of both long and short term duration are conducted continuously in every state. 64 Pradesh samithis are affiliated to Vidyabharathi. Bharatheeya Vidya Nikethan - www.bharatheeyavidyanikethan.com - is the Kerala chapter of Vidyabharathi. It was registered in 1979 and schools were launched in 1980.

The schools are rapidly spreading all over Bharath - in cities, villages, vanavasi and in slum areas. There are approximately 30,000 schools from Pre-primary to Post Graduate level with more than 35 lakhs of students all over India. In Kerala there are 438 schools, from Pre-primary to senior secondary level, with approximately 69,000 students, 4500 teachers and 1250 non teaching staff. This whole system tries to shape the destiny of our nation both inside and outside the class room

The real strength of the country lies in the integrated development of her rural population. Hence, Vidyabharathi is concentrating all its efforts on spreading its network of schools in villages, slums and the border areas. We have put all our efforts to keep our rural population in the main stream of national life, and Vidhyabharathi's efforts have proved to be successful. It serves to develop Saamajik sama-rasatha (social harmony) in the young students and society .

Under Vidhyabharathi Samskriti Bodh Pariyojana, efforts are being made to impart our cultural heritage to the students and teachers by conducting Samskrithi jnan Pareeksha, Acharya pareksha and essay and quiz competitions every year. 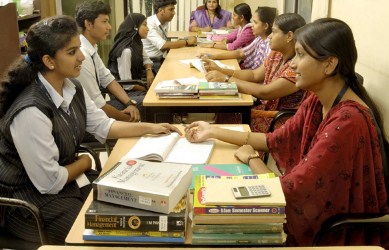 We request your co-operation and whole hearted participation in all our future endeavors.

Call Us or Fill the Form
Find Us on Map